10 Exotic Foods In The World

Do you think you can stomach all these exotic foods in? Wait until you know what they’re made of. From maggots in your favorite cheese to eggs technically considered rotten, here are some of the world’s most exotic food. 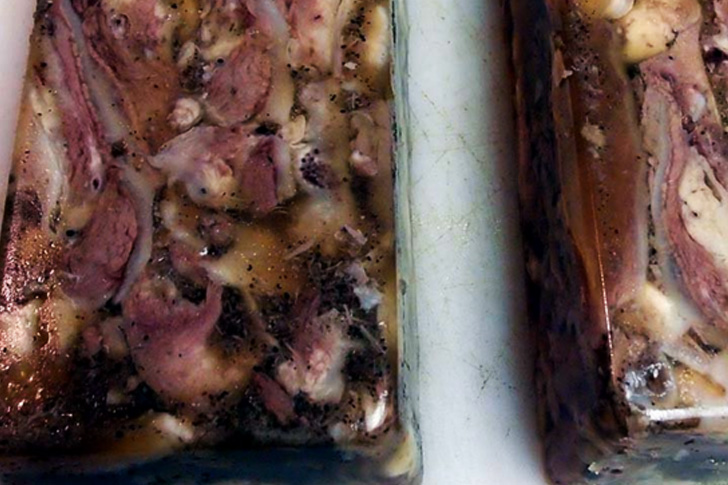 Nose isn’t exactly something we would order from a regular restaurant. And it definitely isn’t the choicest of any meat cut, but the adventurous when it comes to food, especially the ones in Canada are known to experiment with nasal gastronomy. And how do they cook the moose’s nose? They boil them with onions and spices, remove the nose and skin hair, and then boil the cut again. Then they slice the whole cut and add the broth that sets the entire dish into a jelly. Seriously though, what’s with the jelly?

We guess not all people flee at the sight of tarantulas because, for some people in Cambodia, it could mean a snack! We credit this lifestyle back to the Khmer Rouge regime that starved people to a point they’d hunt these dangerous spiders and cook them up. Not long after, it surprisingly became a popular delicacy, deep-fried in high degree fire, and served as a snack throughout the country. Apparently, many locals and tourists describe the taste to be a bit similar to that of a crab. 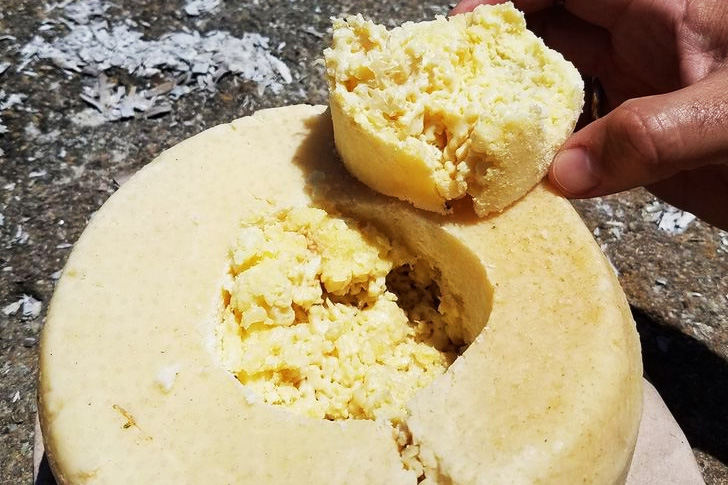 This Italian delicacy in Sardinia is basically a rotten Pecorino cheese that already has larvae of cheese flies called piophila casei hosted in it. These flies are essentially allowed to hatch inside and burrow around to digest the fats from the cheese. And as a result of this process, a tongue-burning delicacy is made. You may choose to eat it with or without the maggots, of course. 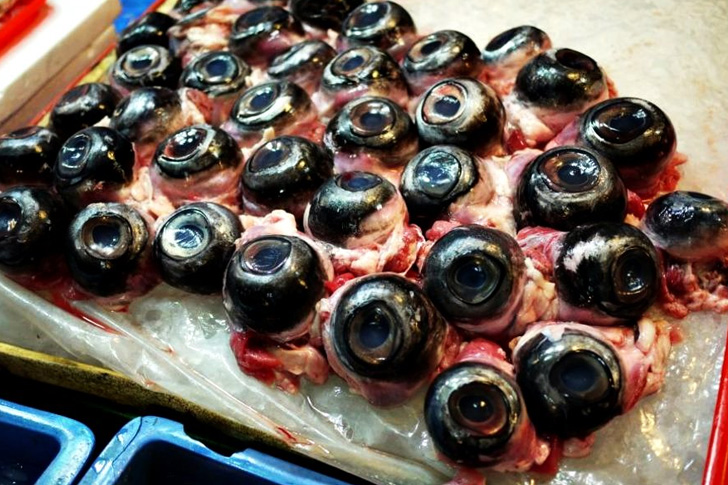 In Japan, nothing’s a waste. Even a tuna’s eyeballs are turned into a delicacy people would even fight over. Some are served cheap in local supermarkets while some are in gourmet restos. Preparing the fish’s eyeballs can be as simple as boiling it and seasoned well with garlic and soy sauce. Some add more to bring out the taste. 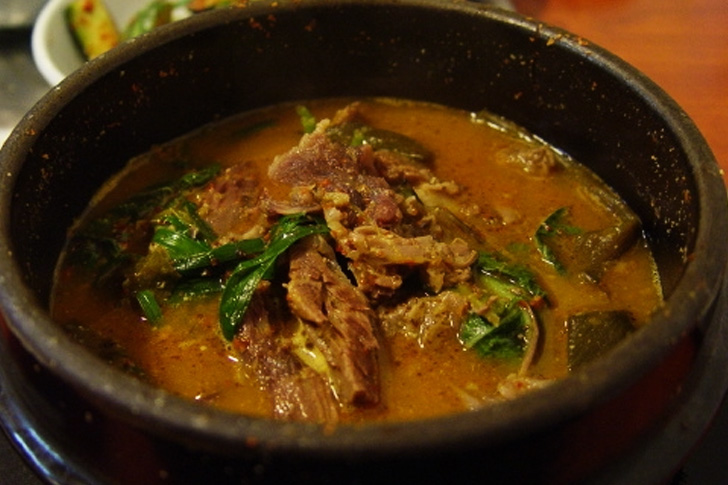 In Korea, they eat dogs. Yes, though it’ll be a challenge to find a restaurant that serves one nowadays, it is still popular with the older generations. Boshintang is considered a health-giving soup seasoned with spring onions, dandelions, and a host of spices. Korean old folks credit the soups for its taste and health benefits. 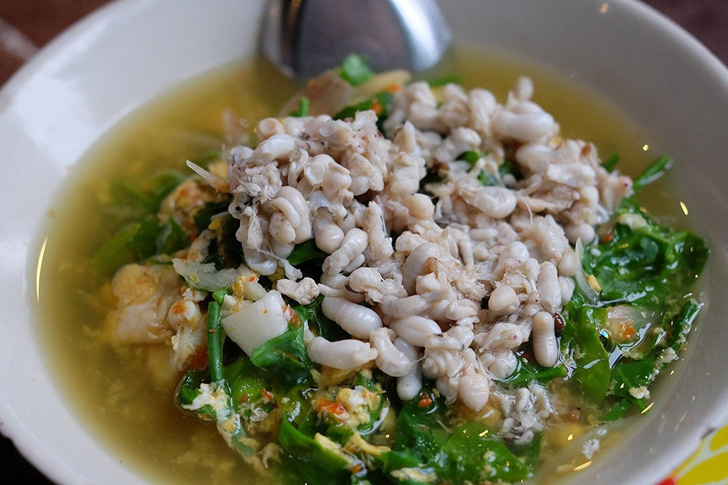 Gaeng Kai Mot Daeng is one of the unusual soups in the world. It is a mixture of white ant eggs, partial embryos, plus the baby ants that add to its sourness. The oldies in the country totally dig this and even described the soup as nutritious. In fact, locals pay generously for the dish, even using their credit cards. However, would the next generation have the stomach to handle the flavor? The soup is supposed to taste sharp and delicate at the same time. Some recount the taste to be like shrimp. 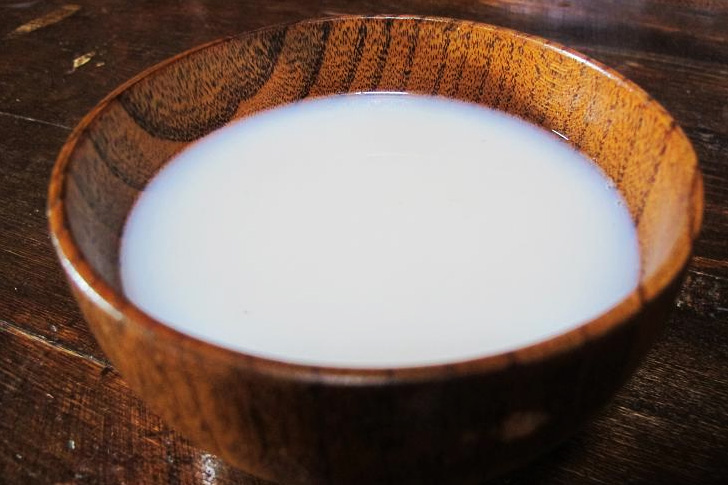 Horse milk, anyone? Well, this isn’t your regular milk in Magnolia. As a matter of fact, this milk is treated more like a beer locals refer to as airag. Basically, the horse’s milk is fermented until it gets sour and fizzy. At this point, the fermented milk turns slightly alcoholic, which now becomes one of the spirited beverages in the country. Traditionally, airag is served chilled in a cup-shaped dishware. 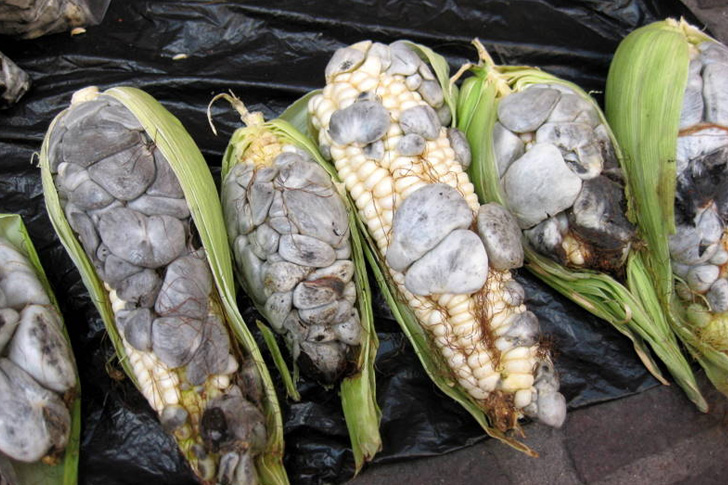 The regular corn develops a fungus, turning a normal corn kernel into tumor-like growths in blue-black spores. Some people would consider throwing out this diseased corncob. However, Mexicans look at it as a special ingredient called huitlacoche, and it is credited for its woody, earthy flavor that contributes to the famous Mexican Quesadilla.

From the Philippines: Balut 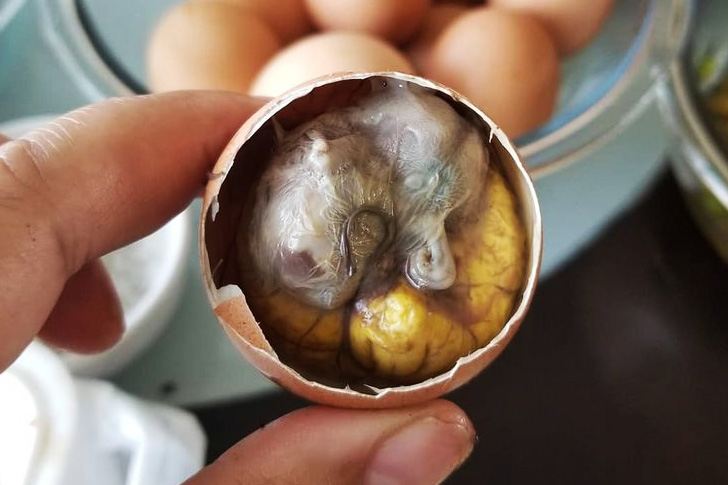 Balut is a fertilized duck egg with a partly developed embryo inside. The egg is boiled and then eaten from the shell with salt, chili, and vinegar. By following instructions on eating Balut, you’re into an adventurous trip of a not-so exotic experience of eating a whole baby duck. So tap a hole at the right side of the shell, sup the tasty juice from the egg, and then crunch down the rest of what’s inside. It’ll taste good, but the texture will also feel weird. 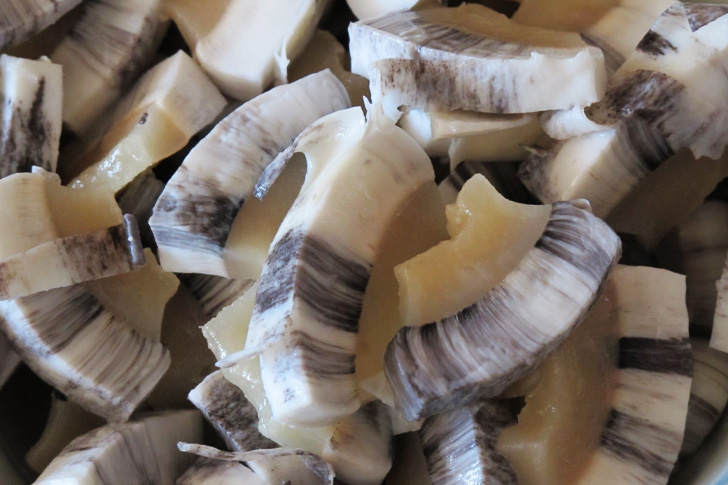 Muktuk is a traditional meal of frozen whale skin and blubber. It is part of the native’s custom to serve it raw or pickled. Surprisingly, despite its looks, even with several layers, it all tastes like hazelnut with an interesting texture per layer. In case you are wearing dentures, here’s a word of caution. Please be mindful of its chewiness, which is not really good for your dental condition.